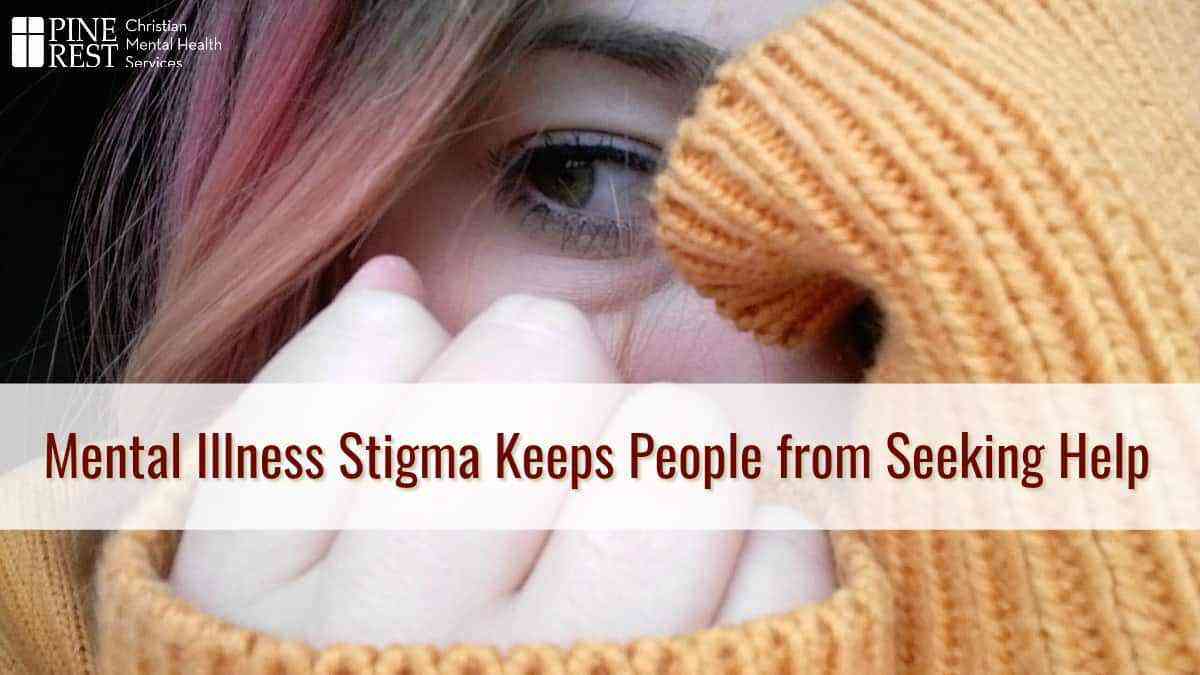 Half of all lifetime cases of mental illness in the U.S. begin by age 14 and 75% by age 24. Yet, the average delay between onset of symptoms and intervention is 8-10 years. Although approximately 44 million American adults experience a mental illness in any given year, less than half will receive treatment because mental illness stigma keeps people from getting help.

Although the general perception of mental illness has improved in recent years, studies show that stigma against those with mental illness is still powerful, and that most people attach negative stigmas to mental illness at a far higher rate than to other diseases and disabilities.

What Exactly is a Mental Illness?

A mental illness is a physical illness affecting how the body functions-just like diabetes, asthma, or any other illness. Mental illnesses cause disturbances in emotions, thoughts and behavior which make it difficult to cope with the ordinary demands and routines of life. Sometimes symptoms of a mental health disorder appear as physical problems, such as stomach pain, back pain, headache or other unexplained aches and pains.

Mental illnesses affect approximately 19% of the adult population, 20% of teenagers and 13% of children each year. The most common mental conditions are anxiety disorders and mood disorders.

Anxiety disorders are the most common form of mental illness, interfering with the day-to-day living of approximately 8% of youth and 18.1% of adults each year. Types of anxiety disorders include generalized anxiety disorder, panic disorder (panic attacks), agoraphobia (fear of public places), social phobia, and others.

Mood disorders affect an individual’s ability to regulate their mood. The two most common types are:

This stereotype is intensified by the news focusing on violent acts committed by individuals with mental illness. In actuality, only a very small fraction of the mentally ill become violent and harm themselves or others. However, by making these cases high profile, violent images become the only images many Americans associate with mental illness.

However, our education system has not kept pace with the evolving understanding of the illness. Until recently, a student could graduate from high school and never receive any information about this group of illnesses which affects up to half of all Americans over their lifetime. Without accurate information, the movie and news images create definitions which are unchallenged and seem to be factual.

The high levels of stigma associated with mental illness make it difficult for individuals struggling to seek treatment. Often individuals fear being labeled as “crazy” and being ostracized if their friends, coworkers, boss, or neighbors become aware they have a mental illness. This fear of being “found out” causes people to avoid seeking treatment, fail to take medications, isolate, and lose self-esteem.

Studies show prejudice and discrimination against those who are mentally ill is pervasive and often as debilitating as the illness itself. Individuals with known mental illnesses are often denied housing, refused employment, discriminated against within their place of employment, and treated poorly by family, friends, and religious organizations.

How You Can Help Reduce Stigma and Discrimination

Individuals with mental illnesses live next door, teach our children, work in the next cubicle, and sit in the same pew at church. If we show these individuals respect and acceptance, we help remove one of the barriers to them successfully coping with their illnesses.

Educate yourself about mental health conditions. Learn the facts instead of the myths.

Advocate within your circles of influence to ensure these individuals have the same rights and opportunities as everyone else. Often the everyday things, like having people see you as an individual not an illness, make the biggest difference.

Make a gift to the Pine Rest Patient Assistance Fund.

After stigma, another major barrier to getting treatment is cost. The Pine Rest Patient Assistance Fund (PAF) is available to individuals and families in our community who come to Pine Rest for care but have limited resources to pay for treatment. The number of people we can help each year depends on the generosity of our donors. In 2017, the PAF helped approximately 2,500 individuals.

100% of gifts are used to help reduce the cost of treatment for individuals and families with financial hardships.