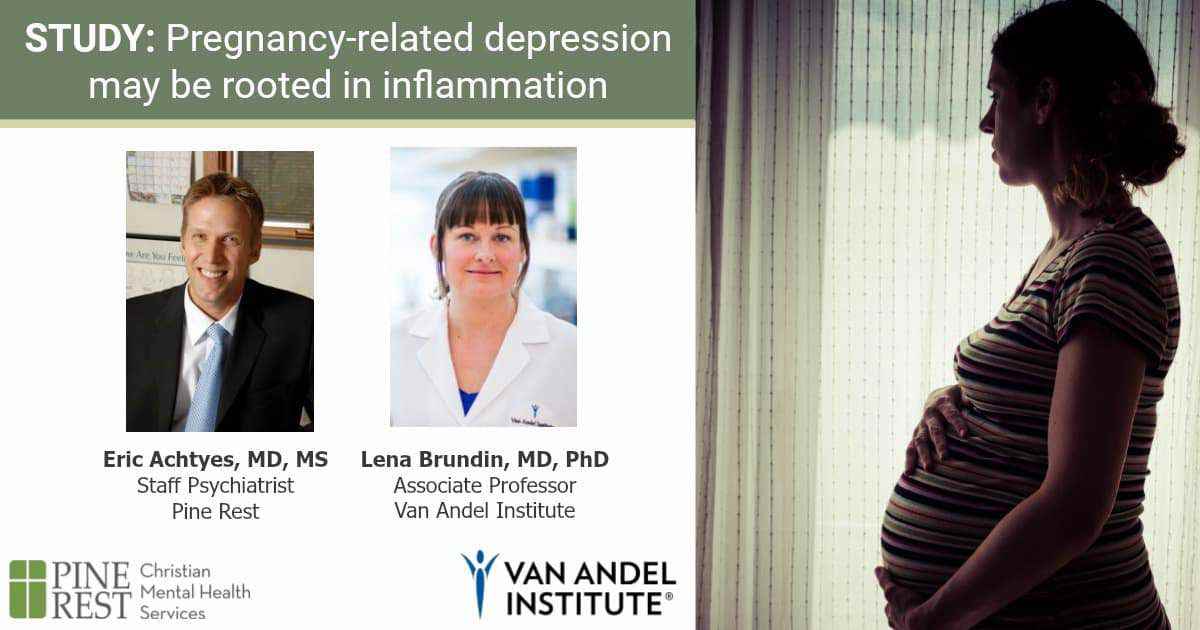 A runaway, inflammatory immune response may be responsible for triggering severe depression during and after pregnancy, according to a new study published in the journal Brain, Behavior and Immunity.

Not to be mistaken for the rapidly passing “baby blues,” which is common right after delivery, pregnancy-related depression is a serious medical condition that can escalate in severity and may even require hospitalization. One in five new mothers experience depression after pregnancy, with symptoms beginning during pregnancy and generally worsening after delivery. An estimated 14% have suicidal ideation during pregnancy.

“Pregnancy-related depression is common yet poorly understood,” said Lena Brundin, M.D., Ph.D., an associate professor at Van Andel Institute and senior author of the study. “Biologically speaking, pregnancy is a major inflammatory event that can upend many of the body’s day-to-day molecular processes. If we can better understand these irregularities, it could lead to new ideas about how best to treat perinatal depression.”

They found that several inflammatory factors appear to contribute to pregnancy-related depression onset and severity. Levels of IL-6 and IL-8 — both inflammatory chemicals called cytokines — were elevated while levels of another cytokine called IL-2, which plays an important role in immune function, were low. At the same time, there was a drastic reduction in serotonin, an important chemical regulator of mood.

These changes point to alterations in the way a molecular building block called tryptophan, which is required for serotonin production, is hijacked and shunted away by the kynurenine pathway, a molecular cascade closely linked to inflammation. The resulting loss of serotonin tracks with depressive symptom intensity; the less serotonin, the more severe the symptoms.

“Inflammation is an important and normal part of the immune system and, in early pregnancy, prevents the mother’s immune system from attacking the fetus. However, when the inflammatory reaction is protracted or more intense than is optimal, it may lead to worsening depression in a subset of vulnerable women,” said Eric Achtyes, M.D., M.S., staff psychiatrist at Pine Rest, an associate professor at Michigan State and the study’s lead author. “Hopefully, this study will allow us to develop treatments that more specifically target those who are at risk for an ‘inflammatory’ perinatal depression.” 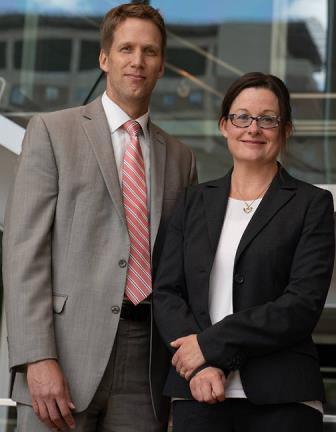 Research reported in this publication was supported by the National Institute of Mental Health of the National Institutes of Health under award no. R01MH104622 (Brundin). The content is solely the responsibility of the authors and does not necessarily represent the official views of any funding organization.